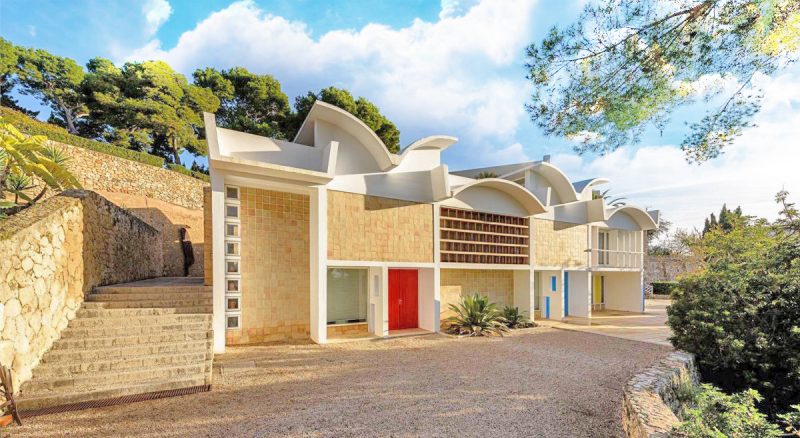 The Fundacio Miro Mallorca (Miro Mallorca Foundation) is a museum in Palma de Mallorca, dedicated to the work of the artist Joan Miro.

The Fundacio Miro Mallorca (Miro Mallorca Foundation) is a museum in Palma de Mallorca, dedicated to the work of the artist Joan Miro. It comprises a main building exhibiting 6000 works donated by the artist, including paintings and sculptures, a library, a sculpture garden, Miro’s studio Sert, and the Finca Son Boter.

The painter and sculptor Joan Miro spent most of his life in Barcelona, but both his wife and mother were Mallorcan and he always longed to return to the scene of his childhood holidays to draw inspiraton from what he called “the light of Mallorca”.

In 1956, aged 63, he bought a house and studio in Cala Major. He lived here until he died in 1983 after which the house was enlarged to hold a permanent exhibition of his works.
The collection includes more than 100 paintings, 25 sculptures and 3,000 studio pieces, but only a small amount is displayed at any time. The paintings are almost childish, all vivid splashes of bright primary colours, influenced by his love of peasant traditions and his fascination with siurells (clay whistles).
Anyone tempted to remark that their child could do better should take a look at the heavily realistic work that Miro was producing aged eight – the fantasy came later. Works on display include the draft for UNESCO’s Mural del Sol in Paris. Glance into Miro’s studio, left untouched since his death, with work in progress, open tins of paint and black stains all over the floor.