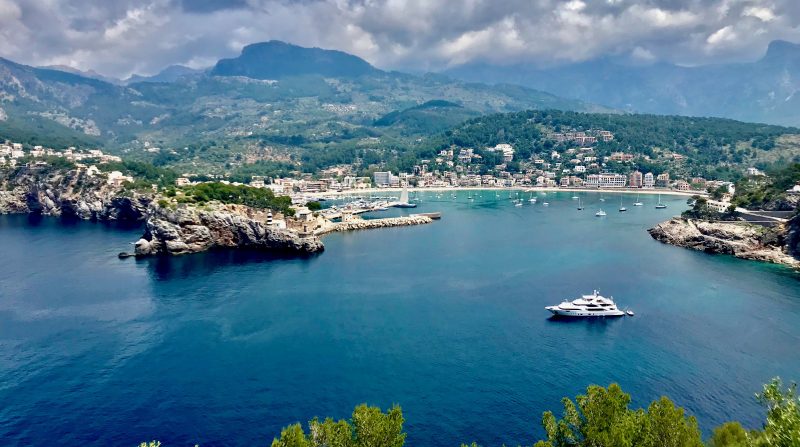 Por de Soller was a isolated location at the foot of the Serra de Tramuntana  before the Soller tunnel in the 1990 was open. It was a difficult place to get to. As a result, Port de Soller was many years unscathed. Port de Soller was a small fishing village servicing the main town of Soller. The port started to expand in the 19th century when the export of citrus fruits grown in the area and became a big business.
Surrounded by the Tramuntana mountains, Port de Soller is one of the few towns that has both magnificent mountain and breathtaking sea views. Here in Port de Soller you can see some of the best sunsets in Mallorca.

Here in a Port de Soller you will find a bit of everything, sandy beach (Port de Soller is one of the only places to offer a sandy beach along the entire north-west coast), lined by a pedestrianised promenade, cafes, restaurants and shops. Remaining true to its traditional fishing harbour roots, seafood restaurants are must to try. You must to try the marmalades, conserves and ice cream made from Soller oranges and lemons.