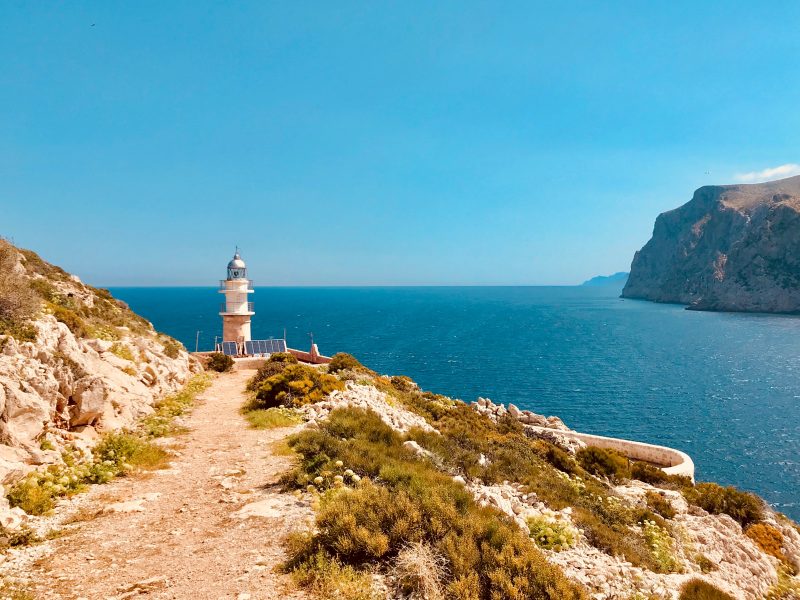 Sa Dragonera is uninhabited island, situated in the south-west of Mallorca

Sa Dragonera is uninhabited island, situated in the south-west and separated from the main island by a small channel. Sa Dragonera is six kilometres long, with its four hiking trails leading you to the different parts on the island. Few of them are na Pòpia and Llebeig lighthouses. The Llebeig defense tower stands on the highest point of the island. Sa Dragonera takes its name from its shape, said to look like a dragon. Sa Dragonera is easy reachable by boat leaving every from Sant Elm, Santa Ponça, Peguera or Puerto de Andratx.

Together with other two islets, Illot des Pantaleu and Sa Mitjana, Sa Dragonera, it is home to 361 different plant species, 18 of which are endemic to the Balearics. The park’s fauna is another of its most interesting aspects. Worth to note about the wall lizard population, it is an endemic subspecies that cannot be found anywhere else in the world. There are particular snail species, which is also endemic to the Balearic Islands.

Sa Dragonera was the focus for a turning point in Mallorcan history in 1977. The island was occupied by environmentalists protesting against a planned tourist development. The campaigners won, the island became a nature reserve. For the first time the authorities realised that mass tourism had reached its limit.