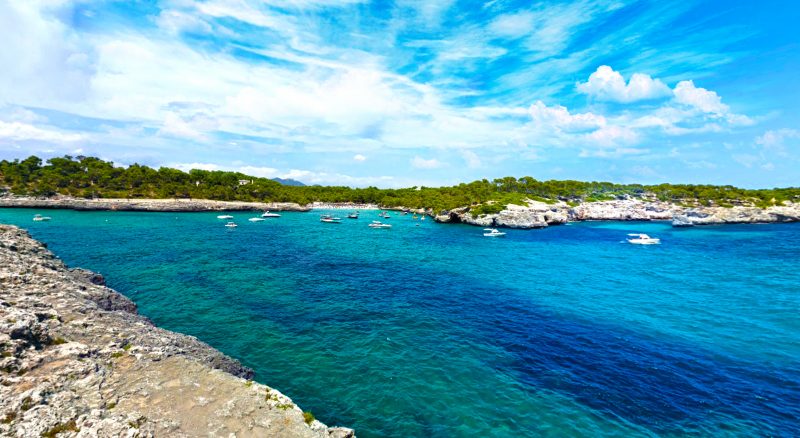 The Mondragó Natural Park, is located on the Mallorcas’s south-east coast, on the Llevant area, near the town of Santanyí

The Mondragó Natural Park, is located on the Mallorcas’s south-east coast, on the Llevant area, near the town of Santanyí. This green space, which was proclaimed a Natural Park on 18th August 1992, after popular demonstrations against the development of a tourist resort in this area.  In the Mondragó Natural Park there are four itineraries, which enable the visitor to look at typical architecture and scenes of extreme beauty. They take each, from 25 to 40 minutes to complete. The first route is a rising path to Caló des Burgit, trough the scrubland and the heather. This journey is well worth the effort because from the viewpoint there is a marvellous view of the coastal cliffs. The second itinerary takes us along a path that goes up the side of a ravine to the viewpoint of Ses Fonts de N´Alis, near the Ses Fonts pond.

The fauna and the flora of the damp area can be seen all along this pathway.The third journey, with the use of nature as its theme, gives the opportunity to see important archaeological. Returning to the main pathway and going down towards S´Amarador, there is a pathway on the left to the bird observatory, where it is possible to see some of the species that inhabit the Mondragó Natural Park. The forth itinerary starts on the S´Amarador beach, and continues along a path that crosses a small field and passes to the right of a group of houses. Nearby, there are the remains of an old waterwheel and a well. From the houses there is another path that goes the Can Biga hill in a gentle zigzag. The itinerary, along the edge of the small field and then leaving it behind, reaches another hill where there is a type of drinking fountain or turtle breeding ground.
Free parking is available nearby.