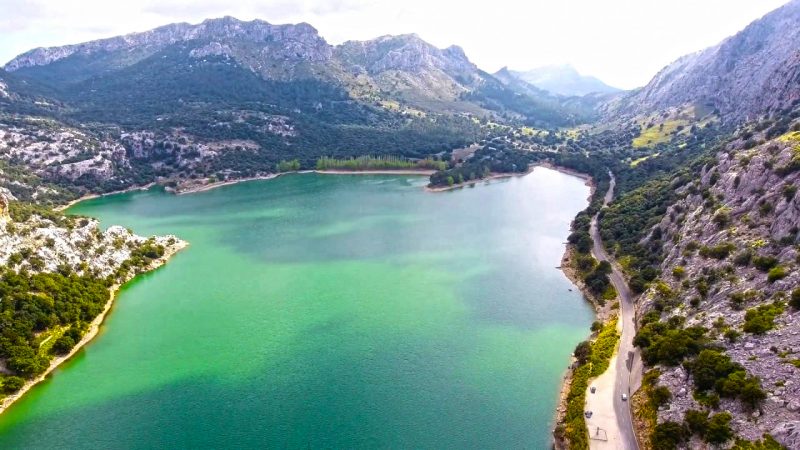 Gorg Blau is located in valleys between the Puig Major & Puig de Massanella and it is an artificial reservoir on the island of Majorca. Since 1971, together with Cuber, it provides water to the city of Palma and the surrounding areas.
Gorg Blau starts at the reservoir, named the Gorg Blau Torrent and finishes in the Pareis Torrent. In 2003 it was declared as a natural monument by the Balearic Islands Government.

Before the reservoir’s creation, in 1906, the place became famous by the combination of the elevation of the torrent’s walls, the blue of the waters & the bridge, which inspired artists such as poets, photographers or painters, a success that gave the place touristic quality and postcard photo.