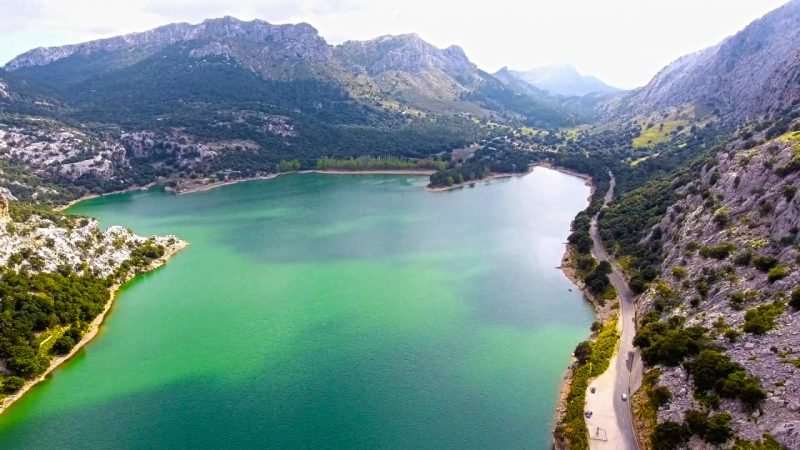 Built by ICONA in 1978 as a shelter for fishermen, it was renovated as a refuge in the 90s. The building and the surroundings have basic facilities for stays. The refuge of Cúber is located in the natural area of ​​the Serra de Tramuntana, in the vicinity of the Cúber reservoir (give up the water to the city of Palma de Mallorca and the surrounding areas), in the municipality of Escorca, at 760 m.

It is accessed by a road located at km 34 of the Andratx-Pollença highway (MA-10), near the reservoir. The vehicle can be parked next to the shelter. It can also be reached by public transport.

Until the dam was built in 1972, Cúber was the typical mountain farm. The farm is now owned by the Government of the Balearic Islands. Nowadays a refuge has a capacity of maximum 6 people with light proportioned by solar panels, a chimney and a table, but there are not any bed in the refuge.

The high rainfall and a very variable relief make the Cúber estate one of the areas of the Serra with the greatest landscape and natural wealth of Mallorca.

In the reservoirs fishing is allowed only with the authorization of the Ministry of Environment and Mobility.

The Cúber estate and its surroundings make up one of the most visited places for hikers, either as the starting and ending point of mountain itineraries or as a passing area for some of the most traditional routes of the Serra. From the refuge you can make the road from Cúber to the ravine of Biniaraix, and the itinerary of the return to the Tossals Verds.