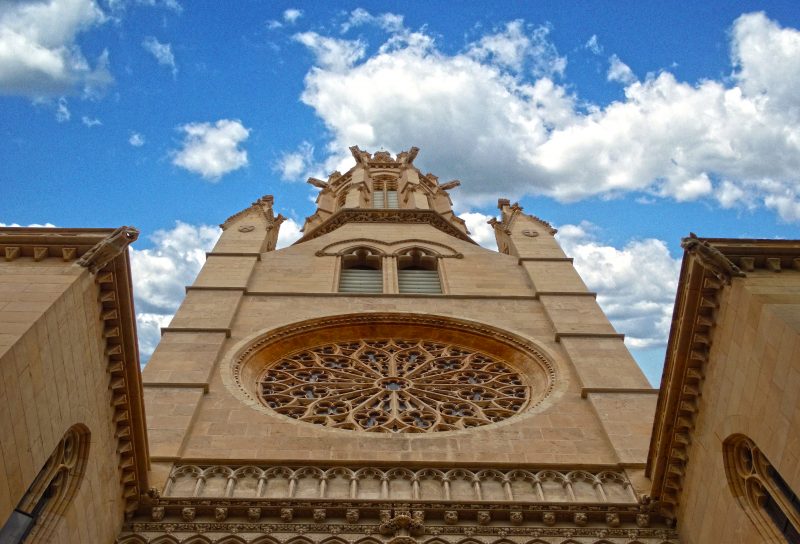 The church of Santa Eulàlia, is, along with the churches of Sant Miquel, Sant Jaume and Santa Creu, one of the four oldest in Palma

The church of Santa Eulàlia (Parròquia de Santa Eulàlia), is, along with the churches of Sant Miquel, Sant Jaume and Santa Creu, one of the four oldest in Palma.
It was named after the patron saint of Barcelona, who was venerated by the Christian conquerors who had come from Catalonia. From the outside the side walls of the Gothic church contrast with the main facade and the bell tower that were rebuilt in the neo-Gothic style between 1894 and 1903 after the earthquake that had hit Majorca in 1851.

The chapels of this church include examples of the mediaeval Majorcan style, such as the panel of the Salvator Mundi (Frances Comes), the Dormition of the Mother of God and altarpieces of Saint Lucia, Saint Barbara and Saint Blaise. There are also numerous examples of the Baroque, such as the altarpiece of Saint Bartholomew and the Pieta, as well as Saint Eligius.
This church’s impressive size is because in the 13th century it was the largest parish in the island’s capital.

With regards to the history of Majorca’s converts and their descendants who lapsed and were reconverted (xuetas), the first chapel on the left when entering through the side door from Calle Esglesia de Santa Eulalia (also known as the silversmiths’ door as this was the most common trade amongst the converts) is of special interest. This is the chapel of the Brotherhood of Saint Eligius, the patron saint of blacksmiths and silversmiths, whose symbol is the silver vase that can be seen on the altarpiece and on the marble slab in the floor. The pulpit from which Saint Vincent Ferrer, popularly known as the Angel of the Apocalypse, preached is preserved in this church with his portrait hanging on the upper part and the commemorative stone, 1413, on the stairs. 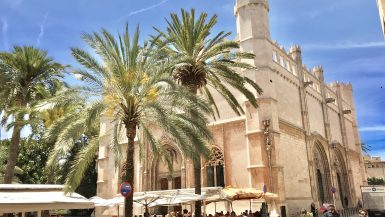 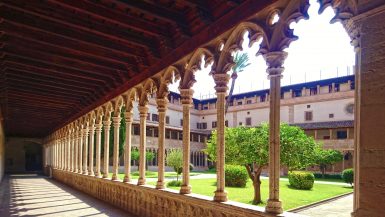