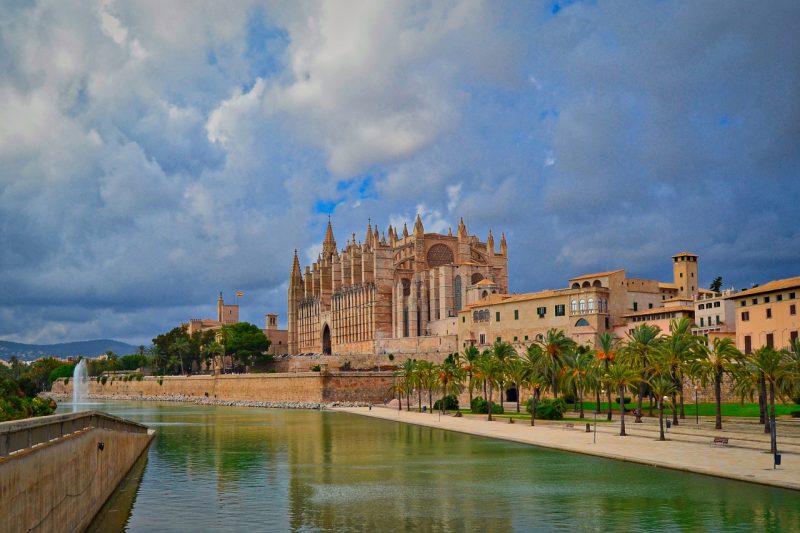 The full name of the Cathedral of Palma is Catedral-Basílica de Santa María de Mallorca.

In the heart of the city of Palma de Mallorca stands the magnificent 14th century cathedral known as La Seu and, as the most emblematic building in Mallorca’s capital, it’s a must-visit.

Built by the Crown of Aragon on the site of a Moorish-era mosque, the cathedral is 121 meters long, 55 meters wide and its nave is 44 meters tall. By way of comparison, the height of the central nave reaches 33m in Notre Dame de Paris.
Designed in the Catalan Gothic style, but with Northern European influences, it was begun by King James I of Aragon in 1229 but only finished in 1601. It sits within the old city of Palma atop the former citadel of the Roman city, between the Royal Palace of La Almudaina and the episcopal palace. It also overlooks the “Parc de la Mar” and the Mediterranean Sea.

In 1901, fifty years after a restoration of the cathedral had started, Antoni Gaudi was invited to take over the project. Gaudi abandoned his work in 1914 after an argument with the contractor. The planned changes were essentially cosmetic rather than structural, and the project was cancelled soon after.