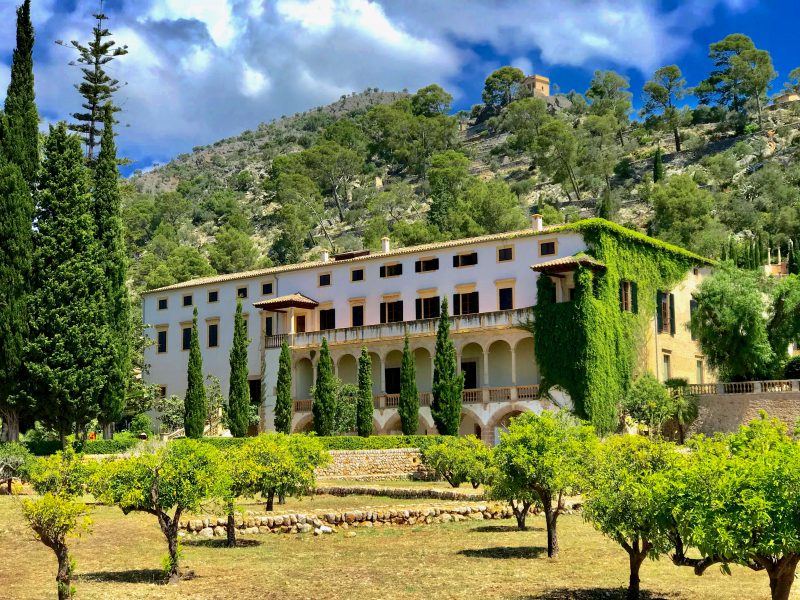 Magnificent country estate in the Tramuntana mountains. Raixa is one of the most emblematic estates of Mallorca which has been reopened to the public. In 2001, the German designer Jil Sander wanted to buy and restore Raixa, near Bunyola, but the Consell de Mallorca and the Ministry for the Environment stepped in and bought the historical estate for 8,4 million euros.

Raixa is a marvellous country mansion with gardens, museum, fontains, which date back to the 13th century. During the Middle Ages, the property was owned by the Sureda de Sant Martí and Safortesa-Tagamanent families. The latter carried out a reconstruction at the beginning of the 16th century. The vault of the chapel and the porch of the courtyard are from that period. The house has passed through several noble families and in the 18th century was transformed to Italian style villa.

The estate consists of several homes arranged around a central courtyard, with a few farm buildings. This is currently the home of the Raixa-Serra de Tramuntana Visitor’s Centre and museum.
Raixa is specially well-known because of the gardens that surround the house. At the bottom there are the orchards, the Loggia garden, with a fountain in the middle, the Garden of Oranges and the entrance garden with a small pond. The upper gardens were structured around the monumental staircase dedicated to the god Apollo. Further on, a landscaped path leads to folly, a historicist pavilion, a great pond, a man-made grotto, a small hermitage and a neoclassical viewpoint located at the highest point.
It is a perfect place if you are keen in history and want to hide from a hos spanish sun for a whilr. From the paths and viewpoints in the upper parts of the garden, you will enjoy of charming views.