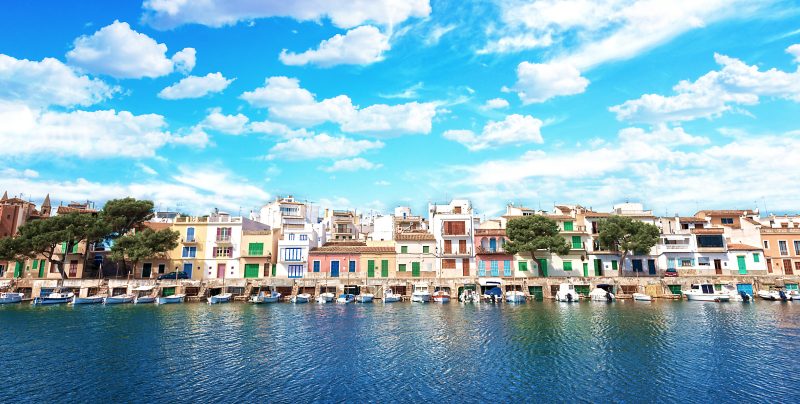 Portocolom is a villige located on the eastern coast of Mallorca. It is one of the most attractive spots on this coast of Mallorca. Portocolom was a traditional fishing village and still retains of its original charm. The village situated around one of the largest, most sheltered bays on the island. In the surroundings of Portocolom you will find plenty of boathouses, lighthouse and picturesque nature.

The main attraction in Portocolom is the blue flag beach Cala Marcal. Not far, there are also the beaches of S’Arenal Grand and S’Arenal Petit. Portocolom, once the port for Felanitx, was named in honour of Christopher Columbus, who is said have been born here. Portocolom still has the charm of a small fishing port, with plenty of boats arround. Felanitx district is very famous for it’s wines, so until the late 19th century Portocolom was busy supplying wine to France. Recently it turned into a peaceful tourist resort. If you staying in Portocolom it is a good idea to hire a car and visit one of the most beautiful areas in the east such as Natural Park of Mondrago, village of Santanyi or Felanitix.