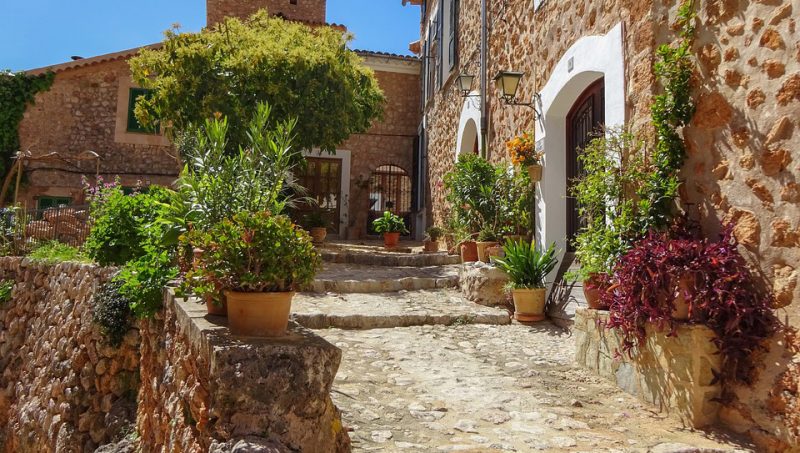 Fornalutx is a mountain villige located on the northwest of Mallorca in the Tramuntana mountain range. Fornalutx is called the ‘Prettiest village in Spain’ and has been receiving awards for conservation. Fornalutx was awarded by the Promotion of Tourism of Mallorca with the Silver Plate for the defense and maintenance of the town. The stone buildings and red tiled roofs combine a traditional rustic charm.

Fornalutx was originally an Arab farmstead and its history dates back over 1,000 years and its current unspoilt. The gothic church in Fornalutx villige was built in 1639. The population of the villige grew, but it still remains in the hundreds. The effort to maintain the traditional look has created one of the best-preserved villages in Spain. Since the‘Túnel de Sóller’ was opened Fornalutx has become a lot more accessible.

It’s well worth visiting the town for a couple of hours just to walk up and down the stone steps, take a coffee in the main square Plaça d’España, explore charming lanes filled with potted plants, admire the pretty citrus groves. There are a few shops in the village selling some traditional arts and crafts and a couple of delightful little restaurants. Do not forget to pass by Panaderia de Fornalutx offering several wonderful freshly baked items.