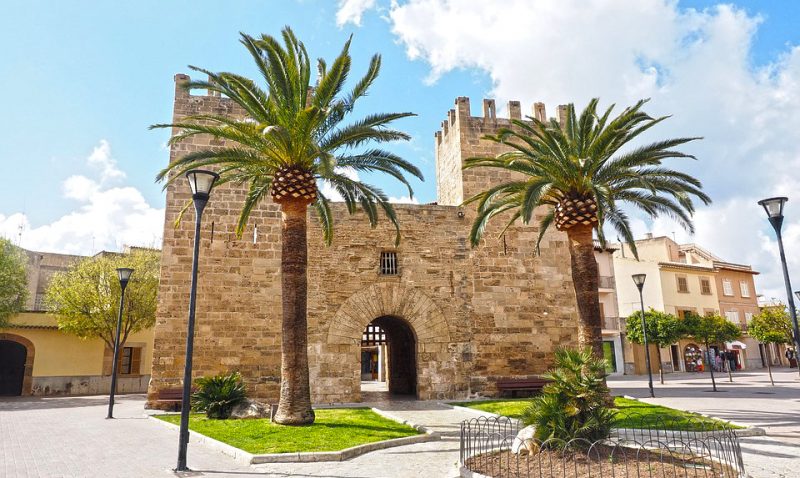 The medieval town of Alcúdia is truly a year-round location, offering life, history and culture throughout all seasons. It is located on a peninsula that separates the bays of Pollença and Alcúdia and it is the bigest town in north of Mallorca. Alcudia is the ideal place to taste rich Mallorcan heritage.
The first human settlement in Alcúdia dates back to 2000-1300 BC. In 123 BCE, the Balearic Islands were assimilated into the Roman worldcities when Alcúdia and Palma were founded.
After the death of Franco in the 1970s, Alcudia was developed for tourism with the first hotel built and an influx of more hotels and tourist attractions opening.
Alcudia has a rich history and charm and offers its visitors an authentic Mallorcan experience. Lot of Mallorca’s oldest settlements were built several miles inland to protect the island from pirates. Alcúdia is a perfectly restored walled city with remains of ancient houses and a theatre. Alcudia’s narrow streets has been carefully restored as part of Mallorca’s new tourist image.Alcudia hosts a lot of cultural events, organize a weekly market, traditional fiestas and fairs and classical music festivals. Town is a surrounded by beautiful countryside, full of first class gastronomic restaurants, hotels, boutiques and bars.