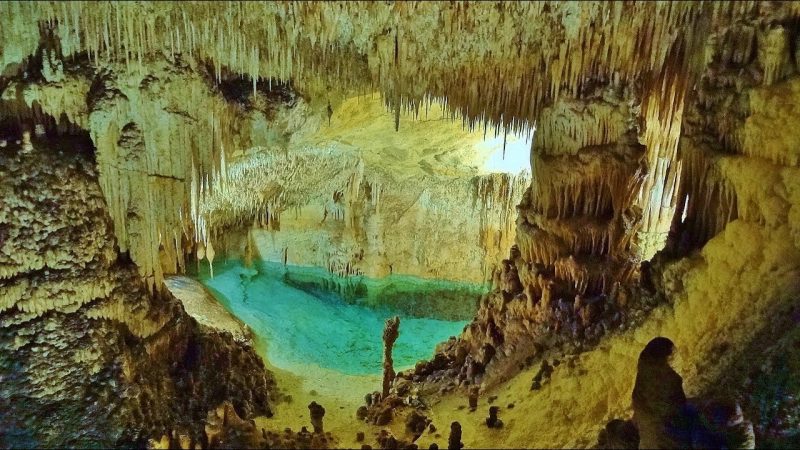 The caves of the Dragon are located in the town of Porto Cristo, on the east coast of Mallorca. These caves are one of the island’s main tourist attractions and were already known during the Middle Ages. The caves of the Dragon were first mentioned in a letter which dates 1338. This amazing caves were formed between 11 and 5.3 million years ago, during the Miocene era. The caves of the Dragon are about 4km long and 25m deep. The temperature inside is some 21°C and the humidity an 80%. There four caves in total and they are all connected to each other. The caves are called Black Cave, White Cave, Cave of Luis Salvador and French Cave. There is also a multitude of fantastic stalactites that grow 1cm every 100 years.

The caves were formed by water being forced through the entrance from the Mediterranean Sea. There is a large underground lake, called Martel Lake, which is about 115m long and 30m width. It is the largest underground lake in the world and it is named after the French explorer and scientist Édouard-Alfred Martel. He was invited to explore the cave 1896. Later, in 1880, a German cave explorer M.F.Will had mapped the White and Black caves.

Novadays, the caves of the Dragon are open to the public. In the end of the visit, you will hear a short classical concert performed by four musicians on a boat.