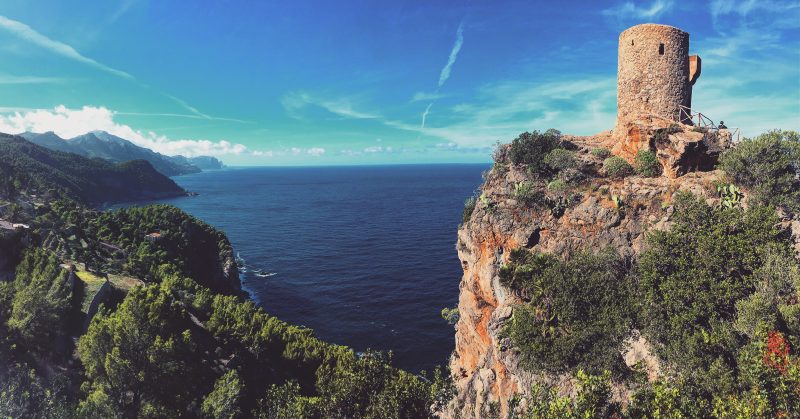 Torre des Verger or Torre de ses Animes is an old watchtower in the municipality of Banyalbufar in Mallorca. The tower stands on the northwest coast of the Spanish island of Mallorca. Torre des Verger it is located on a high promontory of the Serra de Tramuntana, which drops steeply at this point to the Mediterranean. It is about 50 meters from the MA-10 road that connects Banyalbufar and Estellencs.

Torre des Verger was built in 1579 as a watchtower to monitor this stretch of coast and defend against attacks by pirates. Today it serves as a lookout tower. It is accessible via a path and can be climbed via an internal staircase. From his platform he gives an overview of the coastline. Torre des Verger is about eight meters high, has a diameter of about four meters and was built from the occurring at his site yellow limestone. Above the entrance to the tower is a bay, over which the entrance could be defended. The tower has an open top platform accessible through a hatch.

Its elevated position makes it an excellent point, which today provides breathtaking photo opportunities for the many tourists that visit it each year. Stop by and take a breathtaking selfie.