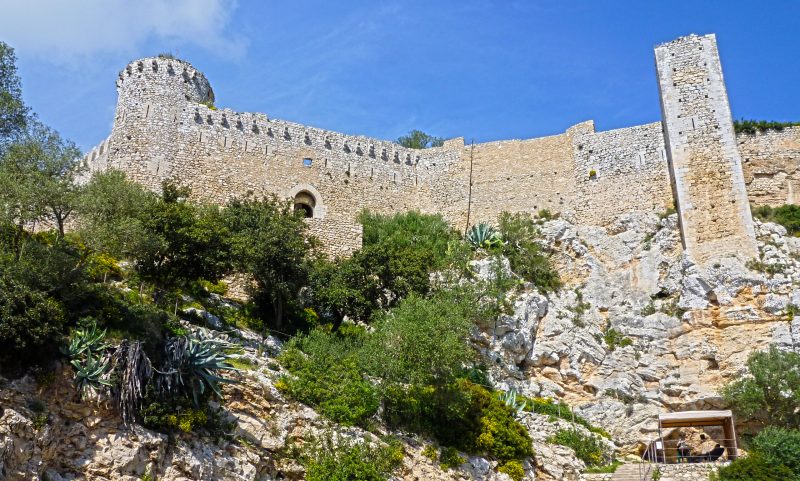 The Santueri Castle (Castell de Santueri) is located in the South-East of Mallorca, in the municipality of Felanitx.  It has a total area of 42,600 squared meters and is situated at a height of 423 m above sea level. This strategic location allows to control a wide area of land, among which is Portocolom, one of the most important ports in the Mallorcan eastern coast. The Santueri Castle is well preserved with remarkable views of the south-east of Mallorca and the Cabrera Islands on a clear day.

The Moors re-builted the castle during their occupation of Mallorca between the 8th and 13th century. When King Jaume I invaded Mallorca for a second time in 1231, the castle was used as a refuge for the Moors, but surrounded by Christians. The Santueri Castle mostly worked as a surveillance against possible attacks from the sea.

In 1811, the Santueri Castle passed into private hands and after 13 years closed, is re-opened again. On the tour you will find a splendid central tower, ruins of ancient defensive structures, the old keeper’s room, a cistern and many other constructions. You can enjoy the walls and towers which dates14th century, and of course the views. The accessibility by car taking the road from Felanitx to Santanyi. There are plenty of hiking and cycling trails in the area as well.