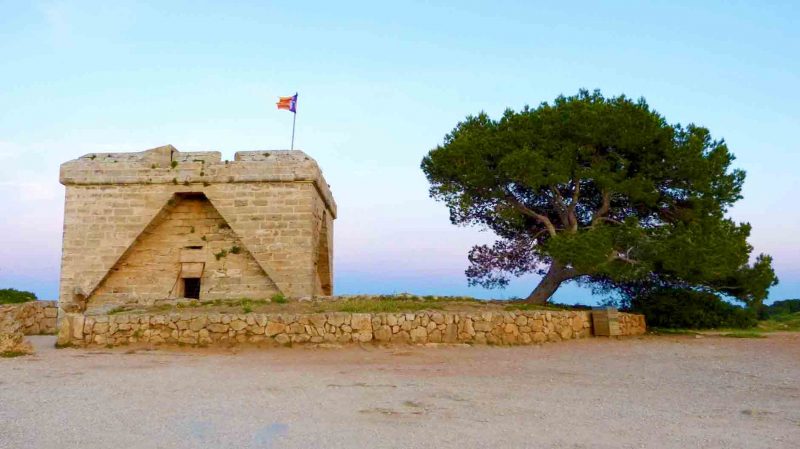 During the service, the fortress was guarded by 2-3 guards. The tower had a canon on the platform which could shoot at the ships till the bays of Cala Millor and Sa Coma. The original canon is still here. Castell de sa Punta de n’Amer is shaped in a square building construction. There was a storage bunkers in the surroundings of the tower.

During the 19th century the tower was abandoned. However, the fortress was put in service again during the Spanish Civil War (1936-39). Barracks was built for the soldiers to have a place to rest and eat during wartime. Nowadays, there is a restaurant, where you can refresh and enjoy amazing views.

Today, in castell de sa Punta de n’Amer, there is a small exhibition hall, showcasing some of the original weapons and documents on the history of the building. The Castell is open to the public during the day.