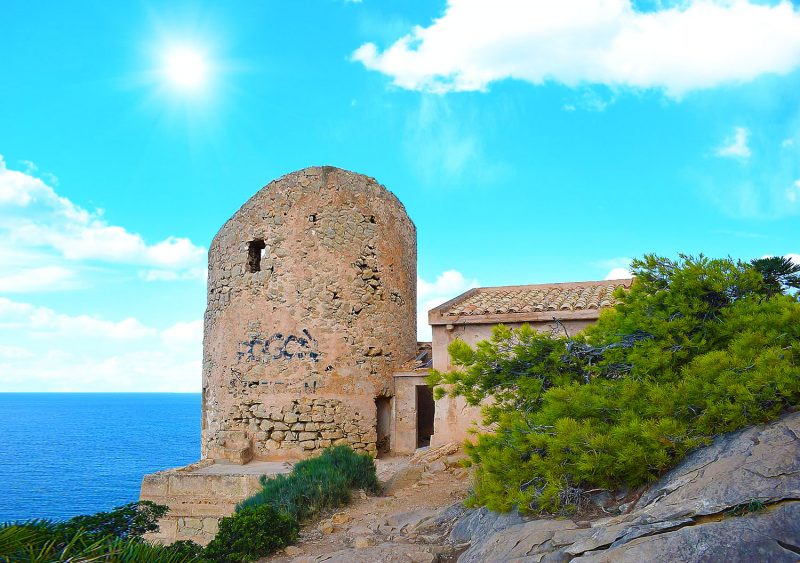 The tower of Cala Basset (Torre de Cala en Basset) is a watchtower from the late 16th century, located in the mountains of Tramuntana

The tower of Cala Basset (also known as tower of la Rabassada or Torre de Cala en Basset) is a watchtower from the late 16th century, located in the mountains of Tramuntana, above the villige of Sant Elm, in the municipality of Andratx. It was built to protect the west coast of Mallorca. Many other towers on this coastline were built – the Talaia de na Guinavera, the Torre de Llebeig, the Torre de Cap Andritxol, the Torre de la Mola. The tower of Cala en Basset is located on the Punta de Sa Galera on the 80 m high. From its location, the tower of  Cala en Basset controlled the northern entrance to the Canal des Freu between Mallorca and the island of Sa Dragonera. The tower is 9 to 10 meters high.

In the 19th century, the tower lost its military function and was no longer occupied. During the Spanish Civil War, the tower was rebuilt in 1938/39 and used to monitor the airspace and the strategically important strait between the island of Sa Dragonera and Sant Elm. Nowadays, the tower of Cala en Basset is freely accessible and offers visitors a spectacular view.