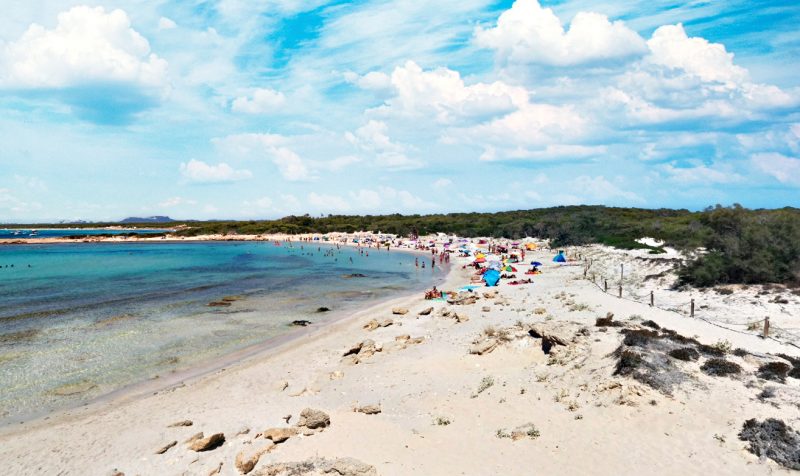 Platja d’es Pregons Grans is situated at two kilometres of Colonia de Sant Jordi. The water is crystal clear, nudism is allowed, and there is no vegetation, the pine wood of pins barraquers is concentrated in the rear of the beach and fixes the dunes with the roots, so that the sand cannot reach the agricultural land. There are also some bushed, but they have been cut down because they used to be thought to have a wood that could not become putrid.  This quiet beach has a virgin environment with no intervention of mankind. La Platja d’es Pregons Grans is characterized by its fine grained white sand which reaches some hundred metres toward the interior. The nearest port facilities are located at Port Colonia de Sant Jordi.

Anchoring boats on the sandy ground of about five metres of depth at 250 metres from the coast is easy if the navigator remains at a reasonable distance from the coast and there is no strong wind blowing from southwest-west-northwest.  On the land way Platja d’es Pregons Grans can only be reached on foot. There is a distance of 600 metres and an estimated time between 10 and 15 minutes depending on if you start out from Platja d’es Marques (Colonia de Sant Jordi, ses Salines) or es Trenc (Campos). This is why the beach is not very crowded by local visitors and tourists.