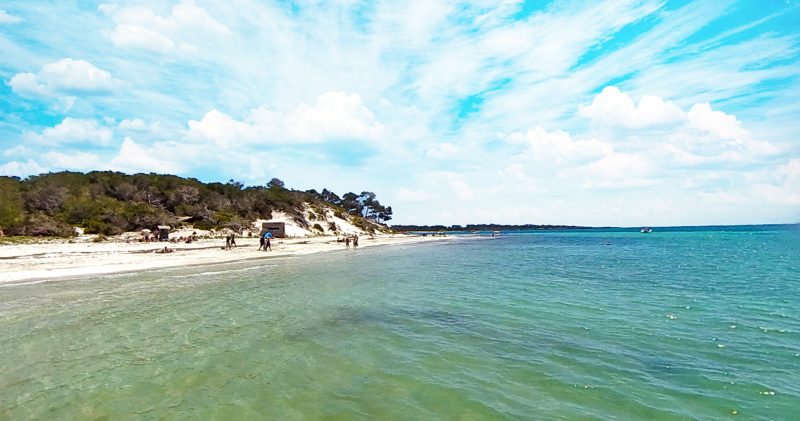 Es Dofi is situated at six kilometres from ses Salines, between the beaches of es Dolc and es Carbo

Es Dofi is situated at six kilometres from ses Salines, between the beaches of es Dolc and es Carbo. The beach of this cove is characterized by the presence of sand and rocks, as well as other particularities of the southern majorcan coast, the presence of small islands in front of its coast.
The best marine and underwater conditions for anchoring a boat are in front of es Dofi and Platja des Carbo. This area has a depth of about three metres at three hectometres from the coast, on a ground of sand and seaweed. The nearest port facilities are located at Port Colonia de Sant Jordi.  The accessibility by car is easy until Colonia de Sant Jordi following the signs. Here you can park for free and start a lovely walk along the coast (beaches of es Port, es Dolc and es Escars) until you reach this beautiful corner.