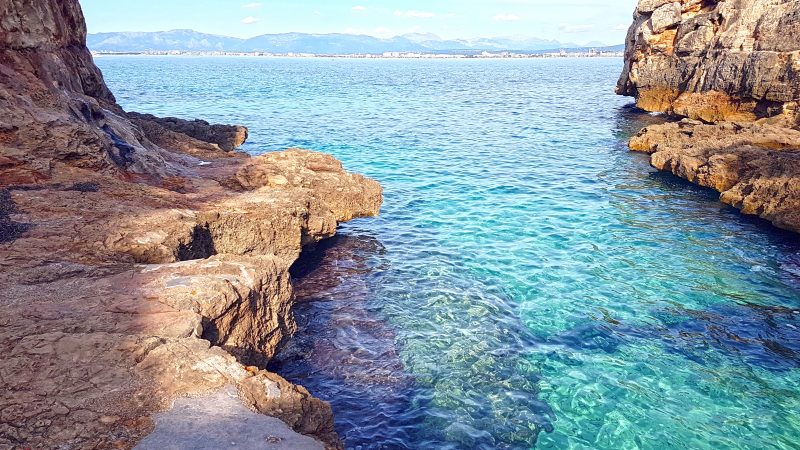 Calo des Cap Alt also known as Calo Fred is situated at 16 kilometres from Llucmajor, between Calonet de s’Almadrava and Cap Alt. Very close to Palma. The Torrento de Cap Alt flows to this beach and has created, together with the sea, a v-shaped entrance with rocks, pebbles and no sand. This small torrent indicates the beginning of an uninhabited area, adjacent to the Area Natural d’Especial Interes des Cap Enderrocat and the military facilities with the same name.

The marine and underwater conditions allow the anchoring of boats only if the weather is good, due to the fact that the coast is wide open and not even the boats with little draught would resist the force of the wind and the sea from southwest to north. Nevertheless, if the conditions are good, the navigator can approach the coast and anchor on the sandy areas that can be seen in front of this beach. The nearest port facilities are located at Club Nautic s’Arenal.
This rocky coast which is typical for the southern and south-western area of the island begins at Cala Sant Antoni, adjacent to the starboard breakwater of Club Nautic s’Arenal, and finishes at the sandy area of sa Rapita (Campos).